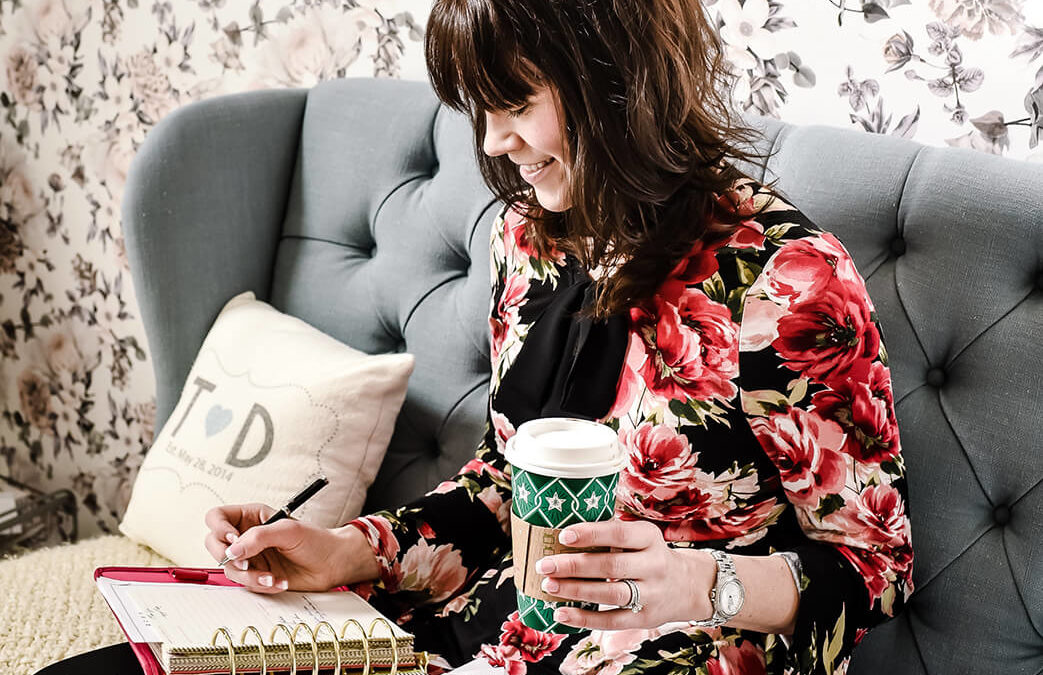 I never thought becoming a mama would be hard.

My parent’s were able to have my sister and I.  My husband, Daniel, have parents that went through infertility, and with the help of medication, able to conceive him and his sister.  And sure, you learn things in sex ed class, but no one teaches you just what real life can bring when you find out you cannot have a baby on your own.

Dan and I had gone back and forth for many years about wanting children and how many.  We both came from families in which there are two children, and although that seemed like the obvious choice, something was not settling right with me.  For example, we have one dog, Mr. Big, and we love him to pieces.  For nine years, he was our fur-baby, and I didn’t want another dog.  And although animals and humans are not the same, my heart was in the same place…if I could have a baby, I wanted to have one.  One in which I could set all my heart and efforts on.

After over a year of trying to conceive, Dan and I were referred to a specialist to look into our fertility struggles.  After a surgery to clear a blocked tube, finding out about a cyst I had, and enduring many, many blood tests, it turned out that there were problems on both sides, and the odds of conceiving without medical assistance were less than 1%.  IVF would give us a chance of up to 75% success in conceiving, and not knowing what I would be in for, we decided privately that IVF would be our shot (no pun intended) to have a baby.

And so we informed our extended families of infertility and the journey of IVF we would be headed upon.  Our fertility doctor is one of the best in the Chicagoland area, and we felt as positive as we possibly could in a situation of the unknown.  I had seven eggs retrieved, and all seven were successfully fertilized.  In the process of IVF, we ended up losing some of the embryos and were down to three to be sent for genetic testing.  One did not make it, and one came back positive for transfer.  There was one embryo that did not come back with a result, and I remember the doctor’s office asking me if I wanted to have the embryo retested.  Dan and I decided that we did, and while that embryo was sent out, I could have the embryo that came back positive transferred.

And so we did.

A few days after a successful transfer, we were cautious and careful in everything I did.  I took off work the day I went for the blood test to find out whether or not I was pregnant.  I wanted to be alone.

And then I got the call…the transfer worked, and we were pregnant.

I decided not to tell Dan until he got home, as I wanted the chance to surprise him like other women got to do when they took a successful at-home pregnancy test.  Except my way was through several blood tests at the doctor’s office.  I had baby Air Jordan’s and flameless candles set up in what would be the future nursery.  When Dan came in, he went upstairs and was surprised with the good news.  He was so happy, and I was feeling things I couldn’t believe…I was finally pregnant.

Right before the transfer it is important to note that we received information that the embryo that needed to be retested came back positive.  Stunned at this news, we decided to keep that embryo frozen and would think about the possibilities later.

It was time for some additional blood tests to see how the transfer was doing and the pregnancy progressing.  I remember getting the call telling me that the HCG numbers should have doubled but mine did not.  They would need me to come in again for another test.  Worried about what could happen, I did all I could to shield Dan for the heartache and pain of bad news.  The numbers were not rising, and I had a miscarriage.

Making those calls to the family members was only part of the pain.  Knowing how excited Dan was about me being pregnant, and then telling him we had lost our baby, well, some moments truly make you stronger in life.  That pain is something I will never forget.

Still…we still had one embryo left that could be transferred.  Soon my body healed and with continuous shots and medication, I was ready for the transfer of the final embryo we had; the “surprise” embryo that was retested and came back positive.  I remember that whole week acting completely different than I did with the first transfer.  I was doubtful and felt like I needed to prepare myself for disappointment again.  It would help me when something bad happens this time around if I already expected it.  But, Dan reminded me to stay focused on this fighter embryo.

And so I tried with all I had in me.

We had the transfer, and I remember our nurse specifically telling us to do everything opposite we did with the first transfer.  “You’re not superstitious are you?,” she asked.  Being that I am not, we tried to be as normal as possible and not live in fear of the tiny embryo that was fighting to stick inside of me and become a positive pregnancy.  And even though my body was reacting completely different with this transfer than from the first one, I did all I could to remain calm.  Daniel was my greatest supporter and without him, I don’t know if I could have stayed true to my word on believing this time would be different.

Then the day came for the blood test to determine if I was pregnant. This time, I went to work and tried not to think about what the result would be.  When I got the phone call that afternoon, the nurse was happy and told me the transfer was successful, and we were pregnant.  Still, knowing that things could take a turn for the worse (the HCG number was still lower now than with the first transfer), I played my emotions cautiously.  A few days later, I took another blood test, and the HCG number grew more than expected.  I remember getting the call and this time things were dramatically different.  The pregnancy was healthy and successful and although anything can happen, we were further along than before!  I called Dan with the news, and I will never forget the tone in his voice or how he responded that day.  It was an amazing moment of complete joy.

Speed up nine unforgettable months, and on April 19, 2018, my water broke.  On April 20, 2018, after four hours of pushing, I gave birth to the most beautiful, healthy blessing in a baby boy.  His name is Ferris Jobs, and Dan and I love him so much our hearts hurt.  We chose not to find out the gender or tell anyone our name choice.  When the nurse handed him to me and said I had a son, Daniel and I looked at each other and cried.  It was the happiest moment of our lives.

In the story of Ferris, I wouldn’t change a thing.

He will grow up knowing that he was born to do great things, that he was wanted and loved by his parents more than anything in this universe, and that there is a guardian angel always looking out for him.

He is our rainbow baby, and the greatest love of my life.